Skip to content
HomeEvents4 Most Exciting Running Races in Europe

We can all agree that running is hard and exhausting, which makes running races all the more exciting and unpredictable. Like with any other sport a major portion of the fun comes from speculating who will win and cheering on your favourite competitor. Some do it by using 22Bet Bonus, while others like to see their favourite runners win the run from the first row.

If you belong to the second group of people mentioned above, you should know that Europe hosts some of the most legendary races ever. To that end, we will list out some of the more popular ones that any fan should definitely check out.

This is without a doubt one of the most iconic marathons in the world, as it is basically a tradition more than 2000 years old. Every year in November, tens of thousands of runners rise to the challenge in order to follow in the footsteps of ancient Greek competitors and heroes. The course starts in the near vicinity of the town called Marathon, as it is close to an ancient battlefield, and the finish line is at the Olympic stadium.

In case you love running and visiting some of the major historic and cultural monuments, then you will like what Maratona di Roma has to offer.

People from all over the world flock to Italy to either participate or spectate this major event. It is a race that is almost 30 years old, and its popularity only continues to grow.

For those who compete, they will be happy to know they get to pass near the Vatican and Castel Sant’Angelo. The starting point and the finish line are both at the Colosseum. After an exhausting day of running make sure to treat yourself to some delicious carbs, and try some of the best pasta in the world.

Imagine if you had to run away from Dracula’s castle, you would certainly run like crazy. Maybe that is the idea behind Transylvania 100k, as the starting point is Bran castle.

Jokes aside, you really need to be in tip-top condition to tackle this race as it consists of multiple mountain courses.

Moreover, the elevation gain is over 6,000 meters, so even if the race takes place in May do not be surprised if you encounter snow on the mountain tops. Finally, if you need extra motivation to finish up as fast as possible, the mountain forests boast a large population of wolves and bears.

If you have never been to Paris this marathon is going to serve as a perfect excuse. Almost 60 thousand participants come here in April to sprint along the Champs Elysees. This means you will be running near the two largest parks and the Bois de Boulogne’s former hunting grounds. Since you are in Paris there will be plenty of things to do, and plenty of sights to see both before and after the big event. 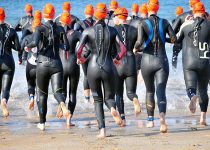 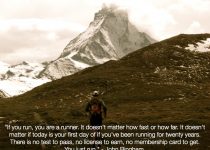 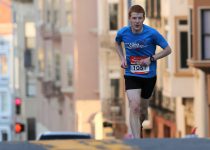